Before becoming a artist, she was a model of several painters, and was also a collector. Although she got employment with suppressing the desire to draw a picture, she could not stop drawing. Her works has not been refined yet, but they have the ghastly force in themselves. As a model she looks like a beautiful and pure woman, but her self-portrait is raging and suffering. Then it seems to appeal us that me you’ve seen is different from the real me. 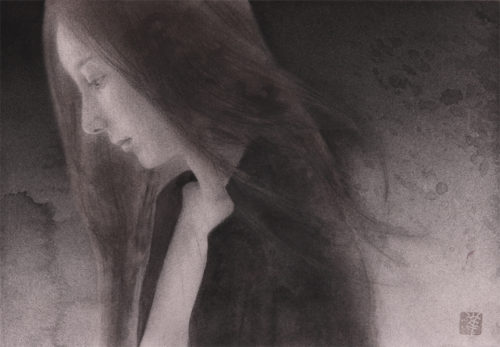 As soon as she starts to learn the oil painting technique, she quickly acquire the skill of realistic paintings. Her works have wide range, from peaceful painting with white tone, to the self-portrait wriggling in darkness, or dying animals. 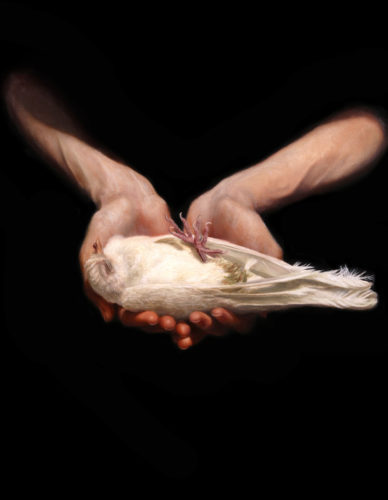 Only few years after starting the activity, she got very popular. Collaborated with Yohji Yamamoto, used on the cover of the novel, and appeared on the TV — these splendid topics may be from her talent in using SNS such as Twitter, and it is probably because she is a painter in these times.
However, what we expect is that the serious attitude towards her works and her life blossoms really from the inside. We want to watch this future of this rare character. (Chiaki Tanaka, President of Shukado)